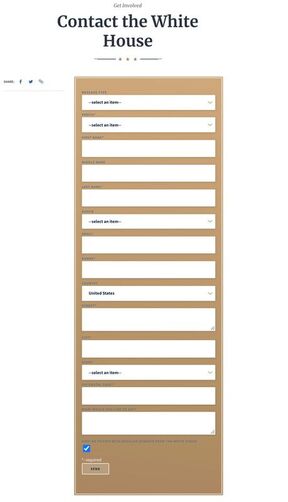 Steps You Can Personally Take To "Stop The Steal"

Have you been sitting at home angry at the orchestrated election fraud that occurred in the 2020 Presidential Election and frustrated that you can't do anything about it?

Incontrovertible facts and evidence prove that President Trump won the 2020 Presidential election in a landslide. The post-election conduct of many state and federal elected officeholders proves that due to “establishment” connections or corruption or cowardice or some other malformed attribute these officeholders are refusing to individually step up to the plate and fight for the true victor in the 2020 Presidential election, Donald J. Trump. Even worse than the Presidential election being fraudulently stolen from President Trump is that the fraud in this election was so massive that the American people could very well never be able to have free and fair elections again. Therefore, the American people have a very short and limited time window to expose the fraud in this election, restore the true, legitimate results of this election and protect future elections from forever being awarded to corrupt officeholders.

1. Thank God for the blessings He has bestowed on the United States of America. Ask for mercy on our country. Pray for discernment and pray that corrupt office holders, judges and bureaucrats will be voted out of office or impeached and that sincere, honorable men and women will fill those offices.

​3. Apparently the only public avenue to contact Vice President Mike Pence through the internet is via the White House website here.

4. The more personalized your message to Vice President Pence, the more he will pay attention to it. We suggest that your message express the most critical point at the very beginning (copy and paste the message below or something similar into the "WHAT WOULD YOU LIKE TO SAY?" box at the White House website here):

Please pass this message to Vice President Pence! Vice President Pence, refuse to allow the certification of electoral college votes that were based on fraudulent vote counts. Your failure to do so will sentence the American people to an endless stream of fraudulently elected candidates who will destroy our God-given rights on the way to destroying the U.S.A.

6. There isn't much time left before January 6th but if you can get a post card into the mail you could mail the same or similar message to:

7. Send an email to the following key U.S. Senators by clicking on their name (but note proposed message and additional instructions below):

The same or similar language can be used to urge them to "Stop The Steal" of the 2020 Presidential Election:

Object to Electoral College Votes Derived From Fraudulent Vote Counts And Ballots! I urge you to object in any 12th Amendment or other congressional proceeding to the certification of any electoral college votes from States that were based on significant enough fraudulent ballots and fraudulent ballot counts to steal the re-election of President Trump. If you do not use the power of your office to expose and correct the unprecedented fraud and even foreign influence proven to exist in the 2020 Presidential Election, I will have to presume you are an enemy of free and fair elections, that you are refusing to abide by your oath to support and defend the U.S. Constitution from enemies foreign and domestic and that you are therefore unfit for office and I must join in any effort to have you voted out of office.

8. Email legislators from the "battleground states" who have the power to reject fraudulent elections and fraudulent ballots in their own states. If you live in the voting district of any of these state legislators, your voice is all the more critical in influencing them because you have the power to help throw them out of office if they show themselves to be an enemy of free and fair elections.

This article at The Gateway Pundit provides all the email addresses for the State Legislators who need to find the courage to stop the fraudulent steal of this 2020 Presidential Election and the way they will find courage is if millions of angry law-abiding voters fill their mail boxes, their email boxes and their voicemails with instructions to REJECT fraudulent vote counts and REJECT fraudulent ballots PERIOD! Any of these legislators who don't REJECT election fraud must be presumed to prefer election fraud and they are therefore UNFIT to hold office and will be recalled and/or opposed in a primary election and/or voted out of office!

At a minimum, you can email the leader of each legislative house in each of the battleground states that is controlled by Republicans (see list below), telling them, for example, something like this:
Dear Honorable _______
If you don't actively and forcefully investigate, expose and correct the massive fraud that occurred in your state in connection with the 2020 Presidential Election, 75-80 million Americans will have to conclude that when your country needed you most, you refused to fight for the truth and you are an enemy of free and fair elections, that you are therefore unfit for public office and you should be removed from office by recall, primaried and/or voted out of office as soon as possible. I plan to join in such efforts to cleanse public offices throughout the USA of office holders who are not willing to vigorously defend the bedrock of our constitutional republic, free and fair elections.
Sincerely,
Your Name
A Concerned American
Address, etc.

These are the contact email addresses for the majority republican legislative leadership in the battleground states:

This Nevada organization is urging a National Work Strike on January 6th, so that citizens take one day off of work to fight for what may be our country's last chance to secure free and fair elections in the future.

This nationwide organization has formulated many effective strategies to expose fraudulent vote counts and ballots throughout the country during the 2020 Presidential Election and to ensure otherwise timid or cowardly office holders grow a spine and fulfill or.

This online newspaper publishes many investigative articles explaining the most egregious instances of 2020 Presidential Election fraud.

-Faith in the election process has been all but destroyed by the massive and unprecedented fraudulent vote counts and fraudulent ballots in the 2020 Presidential Election.

-It is the fault of individual cowardly and/or corrupt elected officeholders, judges and bureaucrats that fraudulent ballots have not been immediately excluded from the vote count so that the true, legitimate vote count is determined and relied upon.

-Due to the large population of greedy, cowardly and/or corrupt elected officeholders, judges and bureaucrats, the only group left to "secure the blessings of liberty to ourselves and our posterity" is the group the Founders of this Nation acknowledged, We The People. Only you the individual American, reaching out to Almighty God for his mercy, discernment and blessings, can ensure justice is done and free and fair elections are preserved.


[​More information to come as it becomes available.]
​
All pages on this site are copyrighted by Joseph Banister. All information regarding the Federal Income Tax is for informational and educational purposes only and should not be applied to your individual tax situation without doing your own independent research and consulting with your legal counsel and/or tax professional.